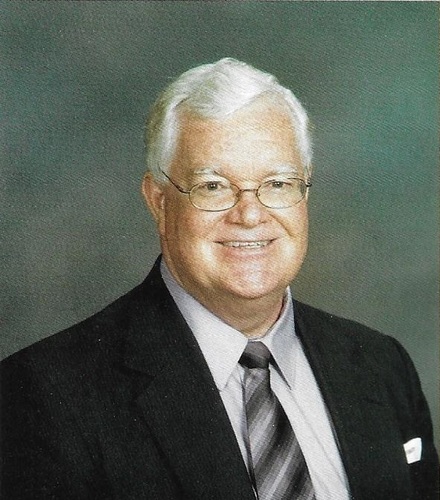 Robert Kent Degges was born in Washington, D.C. on November 5, 1955, as the sixth of seven children in the family of Randall and Kathleen Degges.  At the First Baptist Church of Upper Marlboro, Bob made his confession of faith in Jesus in 1968 and accepted a call to ministry in 1972.

In May 1977, Bob married Debra Joanne Cornelison of Upper Marlboro, MD.  Bob began a student pastorate at the Cobb Island Baptist Chapel in June 1977.  In the fall, he entered Southeastern Baptist Theological Seminary in Wake Forest, NC.  He resigned his student pastorate in 1979 so he could concentrate on his studies.  In May 1980, he graduated with honors, receiving the Broadman Award as the top graduating senior and the Steeley Church History Award for the best paper presented in that field.

Bob intended to pursue a Ph.D. in Old Testament Studies, but the cost was prohibitive, so he made the decision to enter full-time ministry.  He was called to a short-interim ministry at Arbutus Baptist Church near Baltimore, MD from September 1980 through May 1981.

In August 1981, Bob and Debbie's first child, Laura Elizabeth, was born.  Endorsed by the Department of Ministry of the Christian Church -- Capital Area, Bob began another brief interim ministry at the Perryhawkin Christian Church in Princess Anne, MD (September - December 1981).

In February 1982, Bob was called to pastor the Ocoee Christian Church in Ocoee, FL.  He served as volunteer Chaplain at the Orlando Regional Medical Center, as President of the local Ministerial Association, as a member of the regional New Church Development Committee, and as a member of the Board of The Christian Service Center.  In October 1983, Bob and Debbie welcomed their second child, Andrew Ryan, into the world.

In the summer of 1987, Bob was called back to Maryland to serve as pastor for Bethany Christian Church in Fort Washington.  He has served as convener of the Ministerial Association and as a leader in the A.C.T cluster of churches.  He was a founding partner in the South County Coalition for the Homeless in 1989 and was instrumental in bringing the Warm Nights program to our church.  Bob entered Wesley Theological Seminary in the fall of 1992.  He completed his dissertation, "Confronting Biblical Illiteracy: In Dialogue with Text and People," and was awarded a Doctor of Ministry degree in May of 1995.  He has served on the Regional Board, the Board of the National City Christian Church Foundation, the Regional Church Extension Commission, and the Regional Minister's Pastoral Relations Committee.